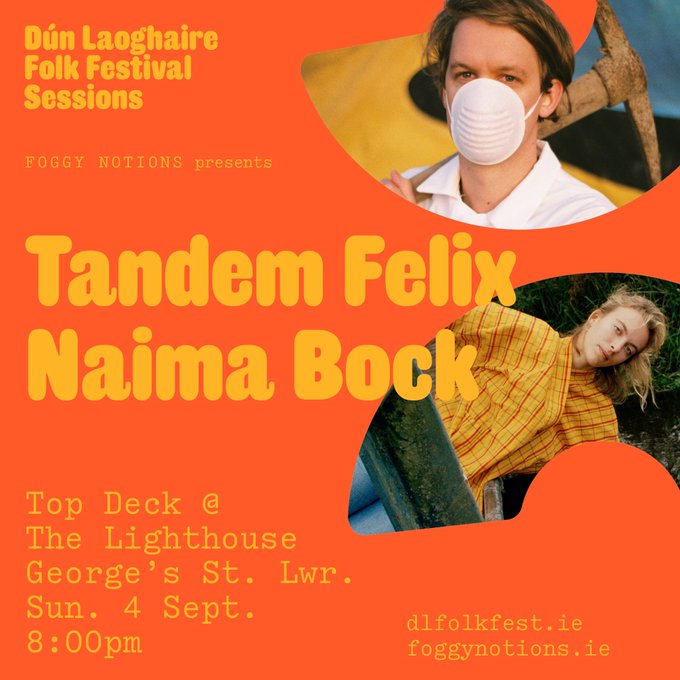 Foggy Notions in association with The Lighthouse is pleased to announce this year’s Dún Laoghaire Folk Festival Which take place from August 22nd to September 11th 2022.

Expanding on last year’s low-key inaugural event this year’s line-up draws from a pool of some of the most fascinating and original voices in world music. Tickets are now on sale!

Since Tandem Felix re-emerged in 2017 with ’Were You There (When They Crucified The Birthday Boy)?’ – nominated for the Choice Music Prize Song of the Year – the band opened for Stephen Malkmus and The Jicks in Dublin’s Vicar Street, joined Saint Sister on their Irish tour and released long-awaited debut album, Rom-Com. The album was recorded in the now defunct Lamplight Studios and mixed in The Snug at Sonic Studios by engineer Stephen Dunne,

Naima’s debut album Giant Palm is undoubtedly infused with the Brazilian music of her youth and regular family visits. She found inspiration in “the percussion, the melodies, chords – and particularly the poetic juxtaposition of tragedy and beauty held within the lyrics”. By the age of 15 Naima was embedded in the music scene of South-East London, slotting into a group of like-minded friends writing and playing music.