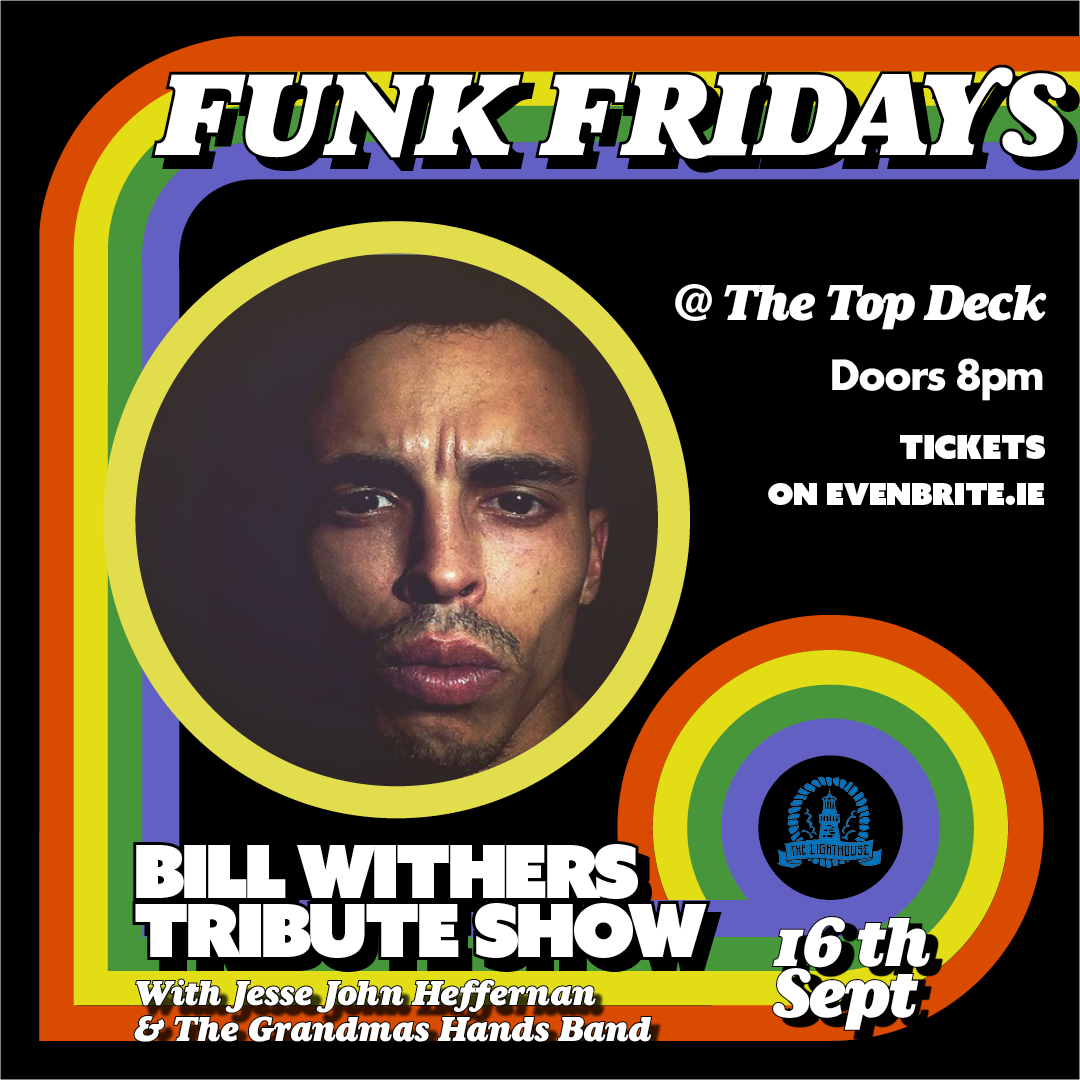 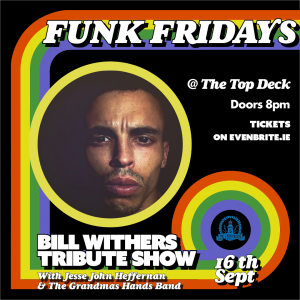 Join Dublin singer & songwriter Jesse John Heffernan & The Grandmas Hands Band perform music from the back catalogue of one of the greatest storytellers music has ever known; Bill Withers!

For all you Bill Withers fans out there! This incredible funk / soul filled show is coming to The Top Deck for one night only, performed by Jesse John Heffernan. Jesse John Heffernan is a Dublin Based soul singer of Irish-Caribbean roots. He will be performing music of the late, great Bill Withers accompanied with the Incredible Grandma’s Hands Band; Made up of an array of Irelands finest soul / funk session players. Expect to hear hits like Lovely Day, Aint No Sunshine, Lean On Me, Use Me and many, many more!

This Bill Withers Tribute Show will take you through the back catalogue of the worlds greatest RnB singer/songwriters, the late, great Bill Withers.