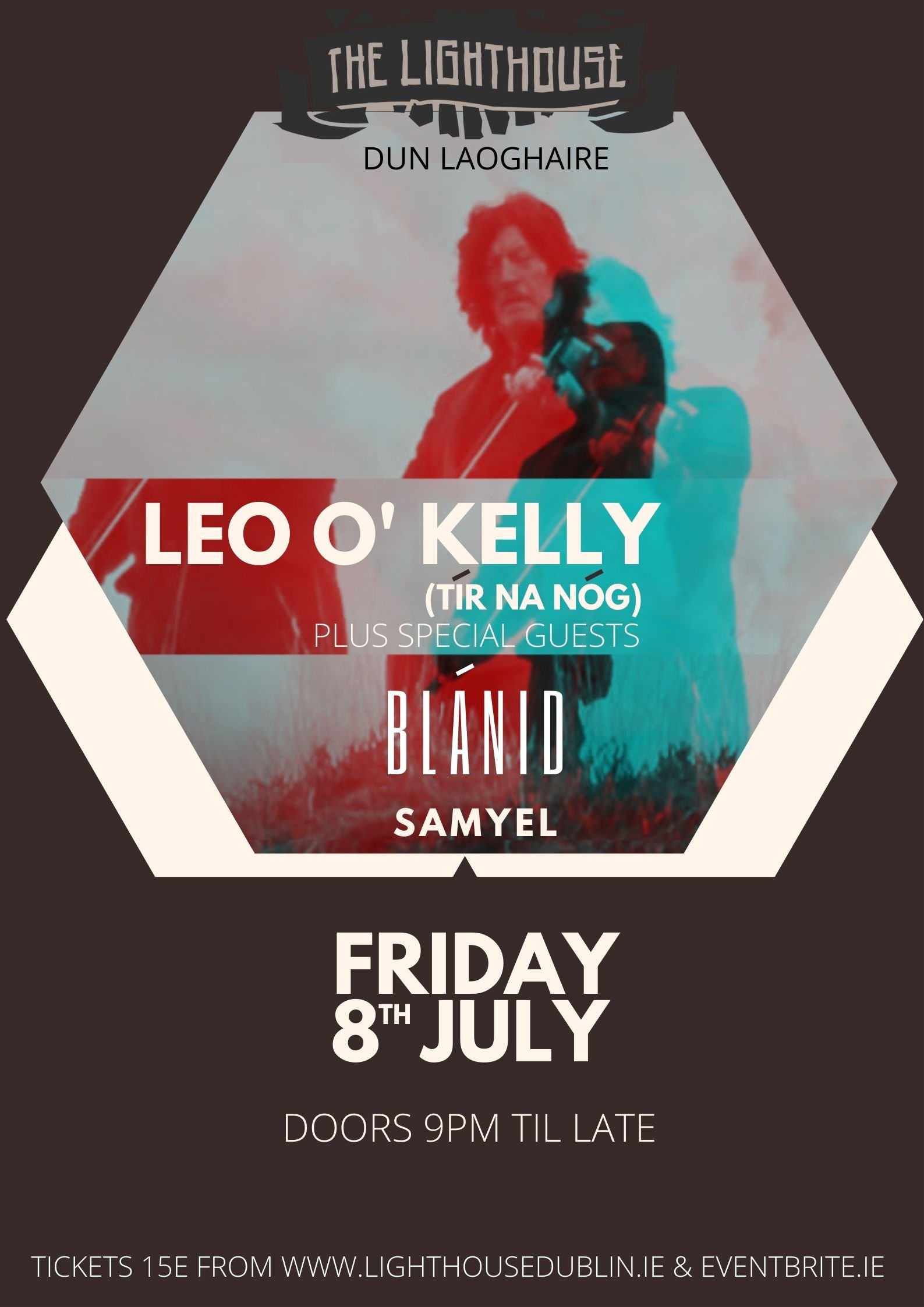 After almost three years away from live performing, Leo O’ Kelly returns to his hometown of Dun Laoghaire for a very special post Pandemic performance at The Lighthouse venue on Friday 8th of July 2022.

One half of progressive folk legends Tir Na Nog, he has been performing for over 50 years with his band who are often considered as the originators of the progressive folk genre with other artists like Nick Drake or groups like Pentangle. Their music mainly consists of their own compositions, based on strong Celtic roots and typically featuring intricate acoustic guitar playing and close harmony singing. Hugely popular at their peak with celebrity fans such as John Peele and performances at the BBC (Top Of The Pops 1971).

A living legend, still running his weekly vivid online radio acoustic show post lockdown and recently collaborating with the likes of Ye Vagabonds (who are possibly the most relevant new folk duo in 2022) this will be a great opportunity to catch Leo in an intimate setting for one night only.

There will be a programme of fabulous guests in support on the night including the amazing BLANID who is set to release her next single ‘Hollow’ in August and who has been making some serious waves in Ireland and the UK over the past year or more. One to watch for the year ahead for sure!

We will also be welcoming the charming Sam Arnold aka ‘SAMYEL’ who will also be performing some of his original works as well as very special guests performing on the night to be announced.