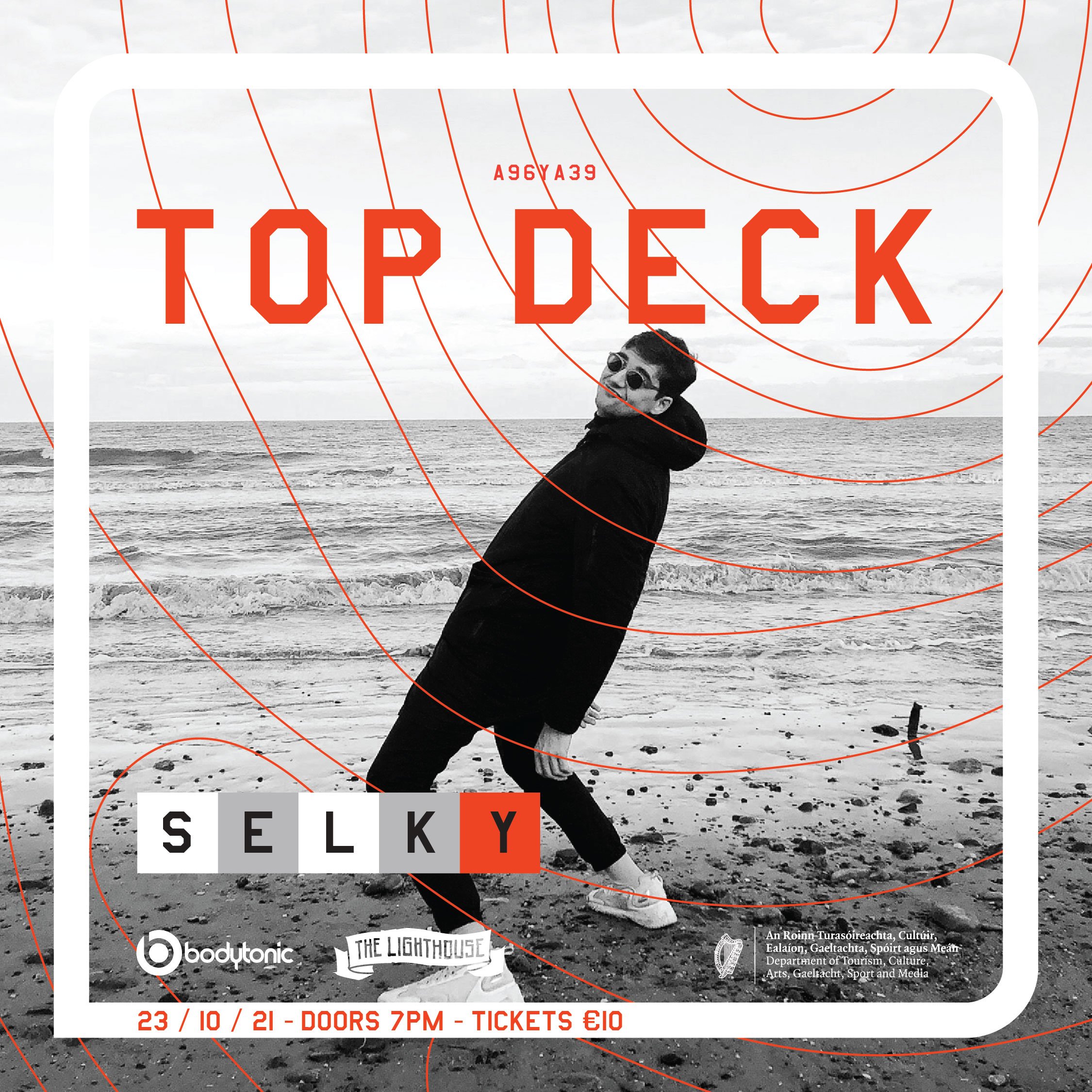 Irish DJ, producer, co-founder of ‘Club Comfort’ and DUNLAOGHAIRE NATIVE. Selky has been flagrantly setting a light to Dublin’s party underworld over the last decade, collecting and playing club music from around the globe, drawing influence from the artists like KW Griff, Thomas Bangalter and Nguzunguzu.
2020 saw the release of his debut (sold out) record under the Moveltraxx banner, gaining acclaim from the likes of DJ MAG and Electronic Groove, as well global plays from the likes of Jamz Supernova, Morgan Hislop and Big Dope P to name a few.
He’ll be joined on the night by Doubt & Little O,
Doubt is a producer/DJ and co-founder of the Cork born percussion focused dance label Flood,
Little O’s monthly show on Dublin Digital Radio is full of upbeat sounds from around the world, blending a mix of global bass, afrohouse, batida and more.
A party that is due to shake this seaside suburb to its core! Grab your tickets now!!